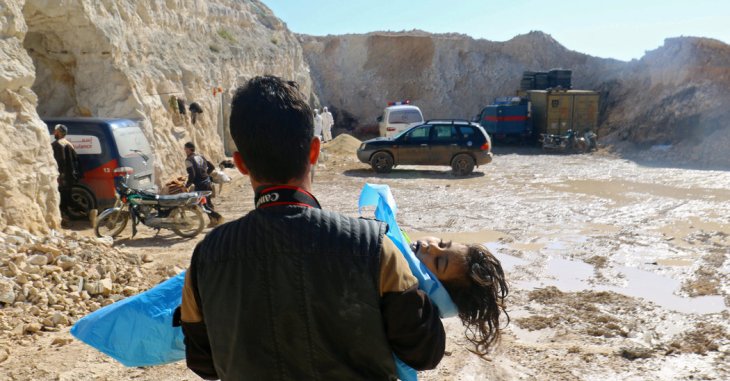 BEIRUT, Lebanon – A toxic gas attack killed dozens of people in northern Syria on Tuesday morning, including women and children, and sickened scores more, according to medics, rescuers and witnesses in the rebel-held province of Idlib, who said the gas had been delivered by a government airstrike.